YOU&JIN is making L.A. go round!

For all you Jin Akanishi fans out there that didn’t get to see tonight’s concert or tomorrows, have no fear.

Because this is how we roll, we’re bringing you the latest buzz may it big, small or tiny. This one’s tiny but don’t worry it’ll make all you Jin fans jump, rattle and roll.

The YOU&JIN tour will continue in seven cities across the U.S. From September to October, he will make stops in New York, Chicago, Houston, San Francisco, Anaheim, Los Angeles and Las Vegas.

This answered a question and speculation that has been going around on Jin and J-Pop communities. There was speculation that he was trying to stay until October, well it’s safe to say that he will be in the U.S. for a while. It also answered the question whether or not this was the only concert he was going to have.

For now this is the only thing I will give you guys. You’re going to have to wait for the full report.

What I can say is that, Jin, you definitely are probably one of the few Japanese artists that did something right with coming to the U.S. You have a management that obviously loves you (regardless of what comes out). You sold out three nights at Club Nokia and didn’t stick to the typical Japanese concert and for that, I’m sure a lot of your fans are grateful.

For those going to tomorrow’s concerts, have fun, be safe and remember: they don’t allow cameras! Leave them in the car or at home.

On a side note: There are tons of fan reports online already in English and Japanese. Also if you search on Twitter for #youandjin you’ll find some other information. 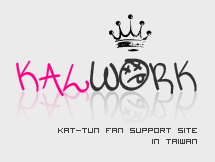